All-Ukrainian Forum for Democracy NGO (hereinafter DEMFORUM) is a public organization that promotes a comprehensive development of Ukrainian culture, international cooperation in the field of culture and intercultural dialogue, improvement of the media climate in Ukraine, professional expertise of journalists, increasing quality content, creating the conditions for satisfaction and protection of legal, social, creative, national and cultural, economic, and other interests of its members, etc.

For this reason, we create and hold numerous activities, including training, internships, workshops, round tables, public discussions, forums, and conferences in the cultural and media spheres, collaborate with Ukrainian and international organizations, donors and grantors, state authorities, local self-governments, and citizen associations.

All-Ukrainian Forum for Democracy is a public (non-governmental) non-profit organization, which was registered under the legislation of Ukraine in February 2013.

From the very outset of our activity, we have strived to support and defend the interests of our members and the society in different fields. We have actively improved the media market in Ukraine. Due to kind assistance of our media partners (Espreso TV and others), connections in the regions of the state, and hands-on approach of our founders, we have participated in the implementation of projects in different media, culture and other fields.

DEMFORUM NGO is an independent public organization that effectively operates in the strategic fields of media, culture, democracy, reforms, and regional development. DEMFORUM functions independently and in partnership with other Ukrainian, foreign and international organizations, state authorities, local self-governments, and citizen associations to achieve the expected results.

DEMFORUM pursues an objective to promote and defend the interests of communities and separate groups in social, business, and cultural fields, as well as to encourage the development of Ukrainian media market that will eventually contribute to the establishment and development of Ukraine as a democratic European state governed by the rule of law. 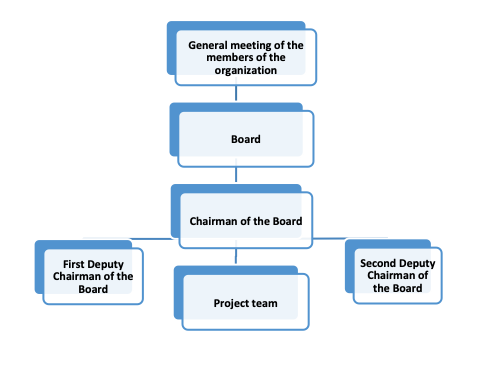 From the very beginning, DEMFORUM has aimed to support and safeguard the interests of its members and society in general in different fields, as well as actively aided to the development of the media market in Ukraine. Supported by the media (Espreso TV and others), connections in the regions of the state, and hands-on approach of its founders, DEMFORUM participated in the projects in different media, culture, and other fields.

In 2015 - funded by the Canadian Embassy, DEMFORUM established offices in Kramatorsk, Sieverodonetsk and Kharkiv that conducted journalistic investigations and collected evidence and stories from the front-line. Consequently, video and audio plots were recorded and produced to all interested media. These offices have been operating since then.

In 2016 - the US Embassy in Ukraine supported the initiative of the DEMFORUM to produce a series of specific journalistic investigations on hot topics in Ukraine related to corruption, reforms, and business climate improvement. Eventually, the accomplished results constituted the basis for five live broadcasts within the framework of existing project Discussion Talk Show “Vitaliy Portnikov’s Political Club”. The show was recognised by the public and reached its main goal: involved experts in the dialogue, provided the opportunity for the wide audience to discover more about burning issues of Ukraine and relevant actions of the government and people's deputies. The talk show is broadcast on Espreso TV.

In 2018 - DEMFORUM NGO entered a new phase and significantly expanded its activity in the top priority areas.

In 2018 - DEMFORUM was one of the masterminds and co-organizers of the International Forum of Eastern and Central Europe Via Carpatia, a large-scale international event in the Verkhovyna district of Ivano-Frankivsk region, where festivals, film screenings, concerts, and international conference on economic, infrastructure, ecologic and tourist development of the Carpathian region are held.

In 2018 - with the financial assistance of the US Embassy and DEMFORUM, Vitaliy Portnikov's shows were broadcast on Espreso TV.  .

In 2018 - supported by the Ukrainian Cultural Foundation, a television  film "Olgerd Bochkovsky. The inextinguishable spark of the burning flame of national consciousness” was shot. It is a story of one of many representatives of the Ukrainian elite, glorified in the academic circles of the world, but "erased" from the memory of his people.

In 2018 - with the support of the Ukrainian Cultural Foundation, a script for the feature film "Vincenz" about Stanislaw Vincenz, author of the unique Hutsul epic “On the High Uplands”, was developed.

In 2018 - with the support of the Ukrainian Cultural Foundation, an international project for the creation of the concept of the Centre for Intercultural Dialogue named after Stanislaw Vincenz in the Verkhovyna district of Ivano-Frankivsk region was launched.

In 2018 - supported by the Ukrainian State Film Agency, People's Deputy of Ukraine Mykola Kniazhytskyi, and other partners, the event “Ukrainian Cinema Days in Verkhovyna” was held. Its main objective was to present modern high-quality Ukrainian movies to the locals and popularize national cinema.

— Chairman of the Board

— Deputy Chairman of the Board

— Deputy Chairman of the Board