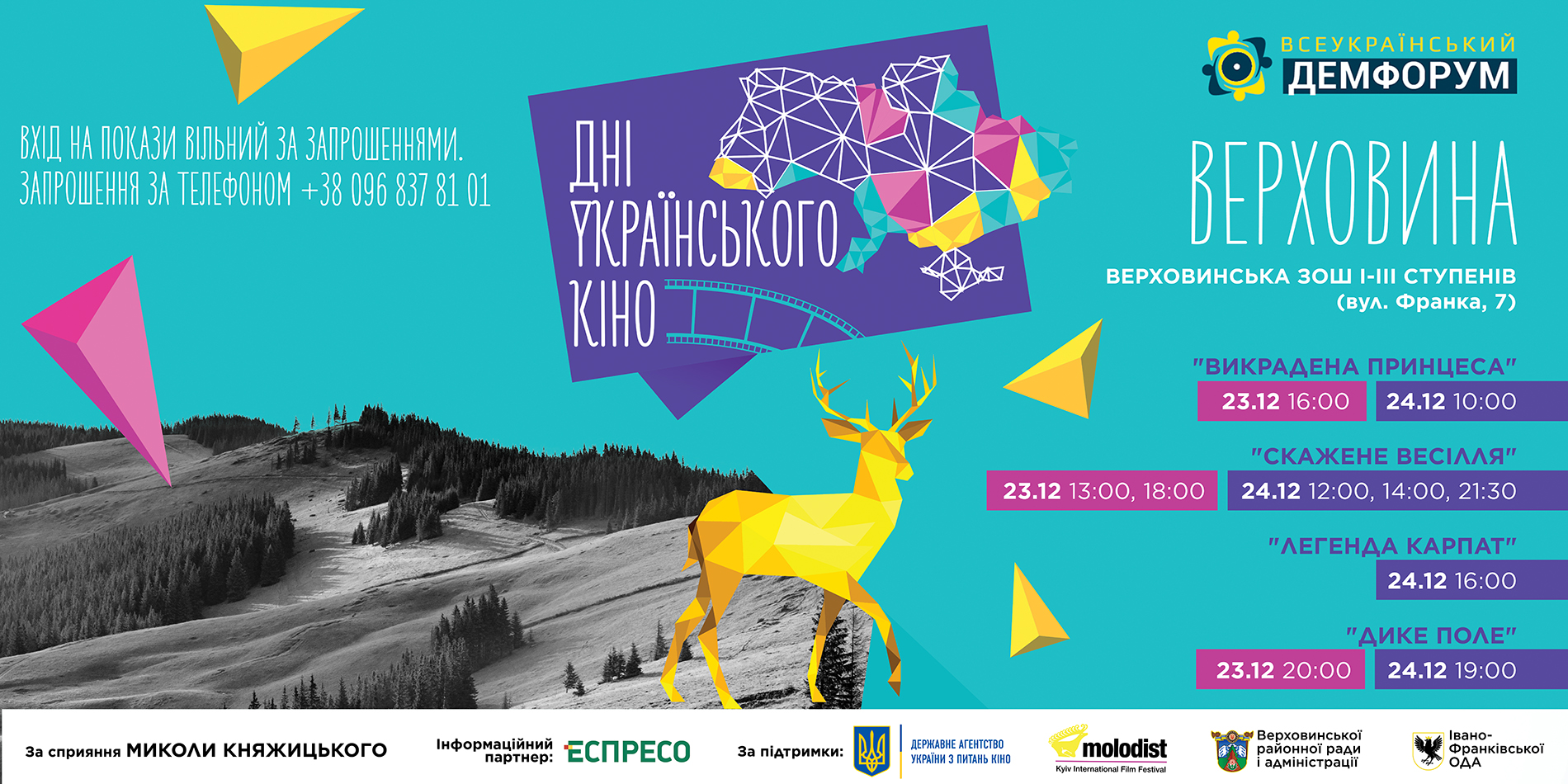 From December 23 to December 24, 2018, the NGO "All-Ukrainian Forum for Democracy", with the support of the State Agency of Ukraine on Cinema, People's Deputy of Ukraine Mykola Knyazhitsky and other partners, plans to hold the Ukrainian Cinema Days in Verkhovyna. The event is intended to enable residents of the region to get acquainted with modern high-quality Ukrainian cinema and popularize national cinema.

During two days, the peaks and inhabitants of the surrounding villages will be able to watch such Ukrainian films as children's "Stolen Princess: Ruslan and Lyudmila", film "Fallen Wedding", and movies "Wild Field" and "Legend of the Carpathians". Session login will be free for invitations. We strive to attract as many spectators as possible to the audience of the new Ukrainian cinema.

"Ukrainian Cinema Days in Verkhovyna" are being held for the third time. For the first time, a new Ukrainian cinema guest visited Verkhovyna on December 19-22, 2017. For the second time, "Days of Ukrainian Cinema" were held within the framework of the International Forum of Eastern and Central Europe "Via Carpatia", which took place from June 23 to June30, 2018 (Transcarpatia Film Festival).