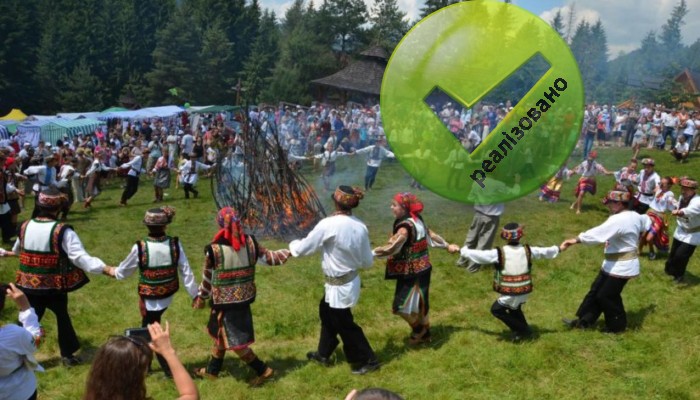 The First International Forum of Eastern and Central Europe Via Carpatia took place from June 23 to 30 in the village of Kryvorivnia in the Carpathians. During the Forum, participants and guests were offered a vibrant cultural, intellectual and entertainment program:

"Circle of Vincenz: the future of the Carpathians" International Conference

During the first International Conference "Circle of Vincenz: the future of the Carpathians", which took place on June 26-27, hot topics of creating a favourable climate for the development of economic, infrastructural, environmental and tourism potential of the Carpathian region were discussed. Topics of panel discussions were:

The conference All-Ukrainian Democratic Forum Via Carpatia was held within the project. Infrastructure projects are a way to unite the countries of the Carpathian macro-region, which focused on the ecology of the Carpathians and tourism in mountainous areas.

In total, twelve panel discussions, a round table and a workshop were held during the conference, addressed by more than 50 delegates of the Ukrainian and European community of politicians, intellectuals, diplomats, public and cultural figures.

In particular, the conference was attended by ministers, parliamentarians, regional leaders and foreign officials from Poland, Romania, Lithuania and Latvia.

The conference ended with the awarding of the Stanislaw Vincenz Award for Humanitarian Service for Regional Development. It was granted to Myroslav Marynovych, Ukrainian human rights activist, publicist, theologian, a founding member of the Ukrainian Helsinki Group, organizer of the amnesty movement in Ukraine, vice-rector of the Ukrainian Catholic University in Lviv.

Screenings of national movies, co-productions of Ukraine with other countries, foreign cinema and retrospective films take place throughout the Via Carpatia Forum from June 23 to 25. In total, visitors had a chance to watch more than 25 movies.

Also, in cooperation with the creative association "Arthouse Traffic", screenings of movies that received recognition and the highest awards at international festivals: "Young Godard", "Killing a sacred deer", "Square", "Body and Soul", "The other side of hope", "Black level", "Trial (Russia vs. Sentsov)", “School №3", "Franz", "Lumieres!", "Like crazy", "Elle", "Juliet", "Victoria", "Deepan".

On June 24 in the tract Zapidok, in the village, Verkhniy Yaseniv, Verkhovyna district, the Hutsul folk action "Polonyna Summer 2018" was hosted as part of the First International Forum of Cultures of Eastern and Central Europe "VIA CARPATIA: The Way from the Baltics to the Mediterranean". About 15 thousand guests visited the festival.

The event traditionally began with the lighting of the Polonyna fire. The highlight of the holiday was the setting of a national record of simultaneous play on the jaw harp when about 100 participants of the festival performed folk melodies together. During the festival, the Hutsul Heroic Games and a concert program with the participation of creative bands from Ukraine and abroad took place. In total, more than 150 artists performed on stage. Besides, attendees had the opportunity to enjoy traditional Hutsul dishes and buy products of local folk craftsmen.

The Summer Cultural Capital Marathon took place on June 28-30 on the Carpatia stage in the village of Kryvorivnia. As part of the marathon, about 30 contemporary Ukrainian and foreign artists performed on stage in support of preserving and developing the cultural potential of the region.

The idea of ​​the marathon has a historical basis because the village of Kryvorivnia has long been a favourite vacation spot of the Ukrainian intelligentsia. Prominent Ukrainians once held summer attractions in this unique village of Verkhovyna district. Ivan Franko, Mykhailo Hrushevsky, Lesya Ukrainka, and artist Ivan Trush lived there for twelve years. Hnat Khotkevych created a theatre in Kryvyi Rih. In this area, Parajanov filmed "Shadows of Forgotten Ancestors". Every nation has a place where it is nice to spend the summer. For Ukrainians, such a place was Kryvyi Rih.