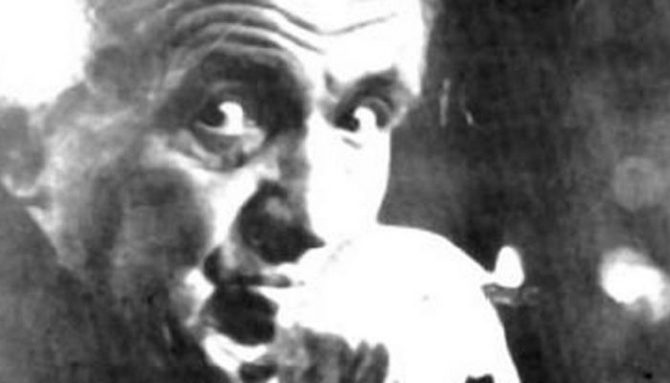 Every nation has its masterpiece works. For Hutsuls, it is the novel by Stanisław Vincenz “On the High Uplands”, which unfolds a story of their culture, history and traditions. The book serves as a reference point for the establishment of Ukrainian museum dedicated to Stanislaw Vincenz and the unique mix of cultures that has been formed in Hutsulshchyna – Jewish, Armenian, Polish, Austrian, Hungarian, Romanian, and others, as well as the memory and traditions of Hutsulshchyna.

Our project is a unique phenomenon of all-Ukrainian scale, a modernistic cultural institution, harmoniously blended in the natural scenery of Hutsulshchyna – a favourite place for rest and creativity for the Ukrainian and Polish intellectuals of the 19th century. “On the High Uplands” is the first interactive museum in the country that has been developed with the assistance of the best experts – experienced museums with a background in implementing similar projects (“The Warsaw Rising Museum”, “POLIN”, the museum of the history of Polish Jews and others), historians, literary critics, collectors and architects.

The Museum is designed in the best traditions of the narrative genre. Due to the contemporary approach to its design, the Museum has all the chances to become a large-scale model of a modern cultural institution. The educational component plays a key role in the museum – a large part of the audience is expected to be formed by schools and universities students. The modern approach will also be applied to surfaces (for example, the Museum warehouse is designed to be an exhibition space with restoration galleries, open to visitors). Volunteers will be widely involved to work in the museum. Within the framework of the Museum, it is planned to create the European School of Memory, which will provide the opportunity of professional training for museum workers.

Since Stanislaw Vincenz’s biography is closely linked to the cultures of many countries – Ukraine, Poland, France, Germany, Sweden, Switzerland, Austria, Romania, and Hungary – it was decided to create the Museum not only dedicated to the philosopher and writer, author of the work on Hutsulshchyna “On the High Uplands”, but also a museum of multiculturalism, where Vincenz is the core and a peerless example of the intersection of many cultures in art. One can safely assert that the way Vincenz portrays Hutsulschyna indicates that it is one of the oldest prototypes of the idea of European integration. This opinion will be the keynote of the exposition: separate rooms will be devoted to the life of Armenian and Jewish communities in the region. In the first case, a part of the space called “Armenian Workshop” will be devoted to the daily life of Armenians. And the Jewish community will be portrayed through the recreated 19th-century synagogue with a unique atmosphere. The Museum will attract visitors not only by visual means of influence, but also by smells, sounds, playing with surfaces and materials.

The Centre plans to use advanced technologies, combined with exhibits that remind the visitor of antiquity. A significant role has audio-visual part: here the stories of witnesses and residents of the region, original video recordings illustrating traditions, as well as sound exposition – recordings of unique Hutsul songs – will be used.

The Museum “On the High Uplands” will be established in Kryvorivnia, the cradle of the Hutsul culture and a place closely connected with the biography of Vincenz. This is a picturesque spot in the heart of the Carpathians. The innovative and ultramodern architectural project of the Museum, combined with the creative concept, will surely make it a true masterpiece of the region, contribute to the development of tourism, and eventually will attract investments and create new jobs.

In 2018, the All-Ukrainian Forum for Democracy created the concept of the Centre for Intercultural Dialogue named after Stanislaw Vincenz. The project was implemented with the support of the Ukrainian Cultural Foundation.

To develop the idea of the Centre for Intercultural Dialogue named after Stanislaw Vincenz, the team of the All-Ukrainian Forum for Democracy invited leading experts from Eastern Europe. The editor-in-chief is Pawel Kowal, Ph.D., a specialist in modern history from the Natolin College of Europe in Warsaw. He introduced a trend for a combination of history, modern technology, and bold creative ideas in the Polish Museum. For the first time, such an approach was used at the Warsaw Rising Museum – a project that caused a true cultural revolution among Polish museums.

Ukrainian and Polish professors, savants and journalists were invited to work on the concept of the Centre. As a result of the work of the expert group, the script, instructions, texts and audio-visual content have been developed as the basis for the future exhibition. The Centre should become a place of dialogue on key topics of Europe – a world that focuses on communities and humanistic values. The creation of the Centre is possible thanks to the assistance of the Ukrainian Cultural Foundation, under whose patronage the project is carried out.

The project is supported by the Ukrainian cultural foundation.