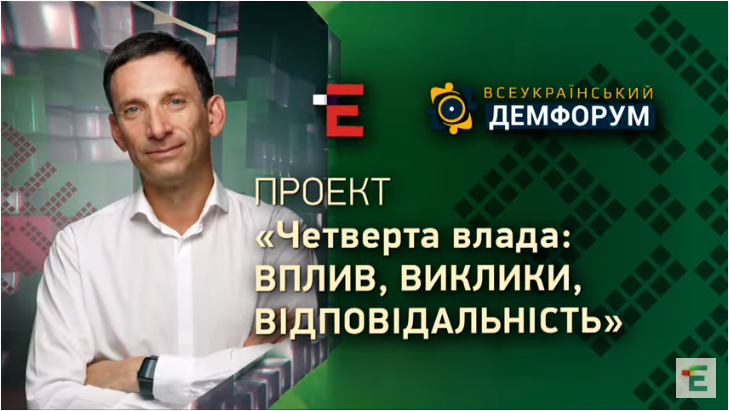 Ukrainian media have a convincing impact on public opinion and the situation in the country. At the same time, the vast majority of reporters, journalists and commentators are rather ignorant of the power of media influence on public opinion and, therefore, is not ready to take responsibility for the country and the future of Ukraine in general.

As a result of the study of the actions of journalists during the 2019 Presidential elections, several issues due to biased coverage of events, professional incompetence, as well as manipulations in favour of one or another candidate have been identified.

We assumed that at the moment, it is vital to instruct journalists about their influence and impact of the media on social and political processes in Ukraine, for journalists to recognise the role of state mechanisms in the country and develop critical thinking for the coverage of state processes, an increase of professional journalistic responsibility for the future of the country as the duty of the Fourth Power. For this reason, we decided to launch the "Fourth Power: impact, challenges, and responsibility" project.

The purpose of the project is to develop professional experiences of the media environment through holding regional public lectures and meetings of leading Ukrainian journalists with journalists from regional and national media, students from higher education institutions of journalism faculties, bloggers, and public figures.

Within the first stage of the project, lectures in regional centres have been scheduled. Video lectures are broadcast on accessible platforms and YouTube.

With this project, we expect to improve the quality, objectivity, fairness of media content and, eventually, raise the level of critical thinking and objectivity of Ukrainian news and events assessments, in particular, in the context of forthcoming parliamentary and local elections.