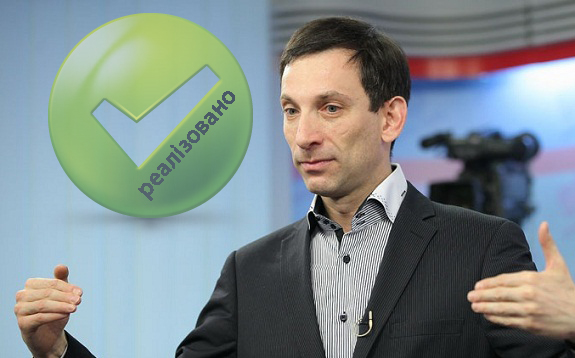 The American Embassy in Ukraine supported the Forum initiative to create a series of journalistic investigations on important Ukrainian issues related to corruption, reforms, and improvement of the business climate in Ukraine. Vitaliy Portnikov managed to turn the idea into a strong political talk show.

The project was implemented according to the estimates indicated, the purpose, objectives, and personnel specified in the funding application. The only change that took place was the appointment of other talk show release dates and, as a consequence, postponement of the deadline for the implementation of planned events due to New Year and Christmas holidays, which could not have been predicted.

The increase in wages that occurred since the beginning of 2017 increased the value of the project. The latter insignificantly affected the redistribution of funds among the planned cost items.

The project had positive results and achieved its main goal. This is confirmed by the list of guests and ratings.

Thanks to the clear planning and professionalism of the team, there were no issues during the implementation of the project.

Subject to the terms of the grant, five talk show on specific topics were scheduled. This goal was achieved.

Tymofii Milovanov, Member of the Board of the National Bank of Ukraine

Dmytro Romanovych, Advisor to the Minister of Economic Development and Trade

Leonid Antonenko, former Head of Registration and Licensing of the NBU

Vasyl Furman, Member of the Supervisory Board of the NBU

Ruslan Demchak, People’s Deputy, BP, Deputy Chairman of the Committee on Financial Policy and Banking at the Verkhovna Rada of Ukraine

The link to the video recording of the program is a confirmation that it was held, as well as that anyone can watch the episode at any time.

IMPACT OF THE PROJECT ON TARGET GROUPS

The main goal was to involve professionals in the dialogue and provide an opportunity for as many people as possible to get acquainted with the problems and hear about the actions of the government and deputies of Ukraine.

The rating of the program confirms the engagement of viewers in these topics.

The dynamics of the indicators of the “Vitaliy Portnikov’s Political Club” before and after receiving funding displays an increase in interest in the topics addressed in these programs.

The purchased equipment allowed to improve live broadcast and increase the opportunities for everyone to watch the talk show again.

The US Embassy funded one of the four broadcasts per month. There was no need to increase staff and make special efforts to improve the quality of the talk show.

No problems occured in the communication with employees of the Press, Education and Culture Department of the US Embassy.

We will be honoured to continue cooperation with the Embassy in the future. Funding for socially oriented projects is a constant struggle in Ukraine. However, live broadcasting requires many professionals and equipment to ensure the quality of the result.

Despite all the challenges, the talk show is still broadcasted weekly.