The third festival "Days of Ukrainian Cinema" starts in the Carpathians 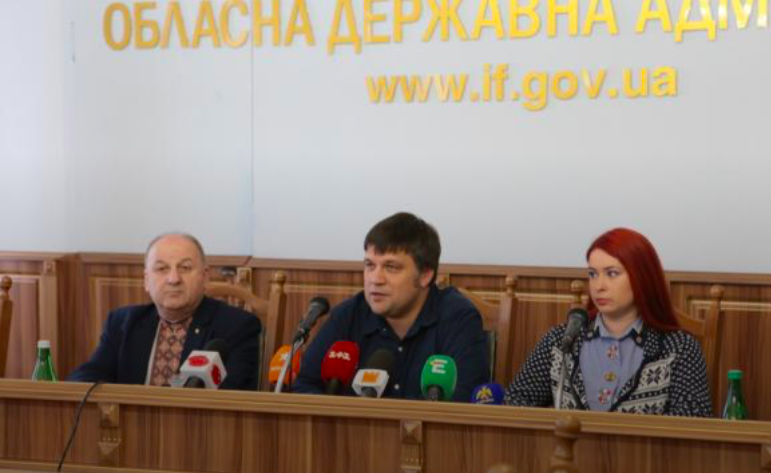 Residents of high mountain villages, where there are no cinemas, will have the opportunity to watch this year's Ukrainian premieres free of charge and to communicate with the creators of Wild Field, Fallen Wedding and other recently released Ukrainian films.

This was announced on Saturday, December 22 in Ivano-Frankivsk during a press conference on "Days of Ukrainian Cinema" by the organizers.

"Exactly a year ago, at the initiative of the Chairman of the Committee on Culture and Spirituality, Mykola Knyazhitsky, this project was launched - a free demonstration of contemporary Ukrainian cinema in the high-mountain villages of Hutsulshchyna, where there are no cinemas. Then few believed that it could be realized. However, a year ago about three thousand spectators attended the film festival in Verkhovyna. Tomorrow in the Carpathians the third festival "Days of Ukrainian Cinema" will begin, and its geography is expanding",

- said Mykola Typusyak, deputy chairman of the board of the NGO "All-Ukrainian Forum for Democracy".

"A year ago, for the first time, we spent the first days of Ukrainian cinema in Verkhovyna, and then we had the idea that such a project for cities where there are no cinemas to be held throughout the country, and we were supported by the Ministry of Information Policy. Modern Ukrainian cinema has really revived. It is high-quality, competitive and diverse. Therefore, it is very important that all Ukrainians, even in remote towns, have the opportunity to see him."

Days of Ukrainian cinema will be held in Verkhovyna, Kosiv and Snyatin from December 23 to December 25.

"Wild Field", "The Stolen Princess: Ruslan and Lyudmila", "The Crazy Wedding" will be shown in Kosiv and Snyatin. In Verkhovyna, in addition to these films, the film "Legend of the Carpathians" will be shown. But the film festival is notable for free shows - after watching these films, viewers will be able to chat with actors who personally come to present their works.

In particular, Oleg Moskalenko, the performer of the main role will present "Wild Field", Lesya Samayeva - "Frightened Wedding", where she played the role of the mother of the bride, and "Stolen Princess: Ruslan and Lyudmila" - Roman Lutsky, who voiced one of the heroes of the cartoon.

Recall, for the first time, "Days of Ukrainian Cinema" were held in Verkhovyna last year. The cinematographic films "Kiborgs", "Storozhova zastava", "Alien prayer", "Mezhh", etc., were presented by the creators of these paintings to about three thousand top officials and inhabitants of the surrounding villages. In the summer, Ukrainian cinema shows took place in the village. Kryvorivna within the framework of the First International Forum of Central and Eastern Europe "ViaCarpatia".

The initiator of the project is the Chairman of the Committee on Culture and Spirituality, People's Deputy of Ukraine, Mykola Knyazhitsky

With the support of the State Agency of Ukraine on Cinema, Ivano-Frankivsk Regional State Administration, Verkhovyna Rayon Council and Administration.

IFF Molodist, with the support of the Ministry of Information Policy, co-organizer of cinema shows in Kosiv and Snyatin.

More information about the schedule of cinema shows can be found at the links: