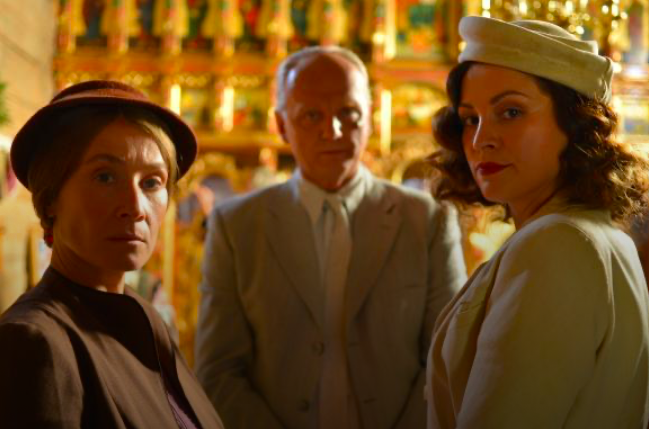 This Sunday at 2:05 pm on the Espreso Channel will be the premiere of the teaser for the feature film "Vincenz" by Polish director Jan Kidawa-Blonsky.

Vincenz is the future large-scale biopic of Polish-Ukrainian production, the story of the life of "Homer" of the Hutsulschyna, author of the Hutsul epic "On the High Polonyna" by Stanislav Vincenz - writer and thinker. The screenplay for the film, with the support of UCF, was created by Ukrainian playwrights Natalia Vorozhbit ("Cyborgs") and Max Kurochkin. The pre-production project was implemented by NGO "All-Ukrainian Forum for Democracy" with the support of the Ukrainian Cultural Fundation.

In the center of cinema history, apart from the beautiful Carpathian landscapes, Hutsul legends and philosophy of a prominent humanist, we see a dramatic love triangle. The fact is that for the heart of Stanislav Vincenz fought two women - the first and second wives - Lena and Irene. When in 1939, after the partition of Poland, which was part of the Hutsul region before World War II, Soviet troops seized the territory, the local intelligentsia began to threaten repression. Vincenz has been imprisoned. The arrest threatened his entire family - representatives of the Polish elites at that time were massively sent for exile to Kazakhstan. The multi-week road in freight wagons was terrible, the conditions - inhumane - few people even experienced the journey itself, not that of an exile. Miraculously released from prison, the writer decided not to wait for the next arrest - and together with his two dear women and three children fled across the border to Hungary through the Montenegrin ridge, accompanied by a molar-conductor. 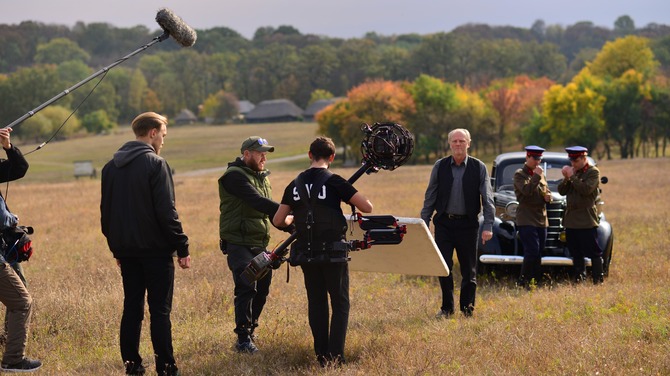 Writer completed his life and book in the Swiss Alps.

The scene of Vincenz's escape abroad was recreated in the movie teaser with the support of the Ukrainian Cultural Foundation. Under the direction of the famous Polish director and winner of the Cannes Film Festival J. Kidawa-Blonsky, he was shot by the second prominent Pole in the project - cameraman Lukash Gutt. The filming took place at the National Museum of Folk Architecture and Life of Ukraine near Kiev, as well as in the capital's film pavilion. Much of the scene was filmed in the Ukrainian Carpathians - in the writer's homeland, in the village of Kryvorivnya, Verkhovyna district, Ivano-Frankivsk region.

The role of Stanislav Vincenz in the teaser was performed by Ukrainian actor Oleg Drach.

In the teaser, you can also see the star of Ukrainian folk Nina Matvienko, Ukrainian actor Yevgeny Malukh and other talented actors.

Work on the feature film will begin on the basis of a pre-production made with the support of UCF in 2020.