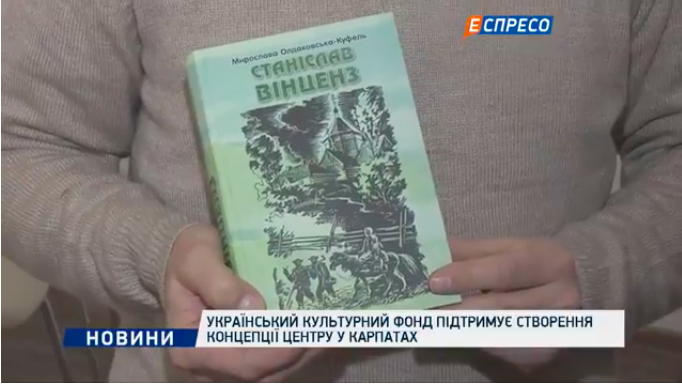 An expert group of the future Center for Intercultural Dialogue named after Stanislav Vincenz met in Kiev.

The center plans to create a center in Kryvorivna village in Ivano-Frankivsk region. Implementation of the project was possible with the support of the Ukrainian cultural foundation. For its competent implementation, the public organization "All-Ukrainian forum for democracy", which initiated the creation of the Center, invited the best specialists to the discussion.

"The best experts on this topic gathered on the history of Ukraine, Hutsulshchyna, Polish-Ukrainian dialogue. These are the best specialists who are a joint powerful think tank ",

They talked about the roadmap for the launch of the Intercultural Dialogue Center named after Stanislav Vincenz. The experts agreed that the future cultural institution should develop the ideas of Stanislav Vincenz and familiarize the visitors with his legacy. The center should become a meeting place, work and intellectual holiday for scientists, students and locals. The unique exposition space will be created taking into account the trends of modern European museums.

"This is an attempt to create one of the first museums of synthetic cultural projects. Since he will present himself not only as a museum, but as a collection of dead artifacts, but also a living environment",

The project is implemented with the financial support of the Ukrainian Cultural Foundation.