The film about Olgerd Bochkovsky in the Holodomor Victims Memorial Museum 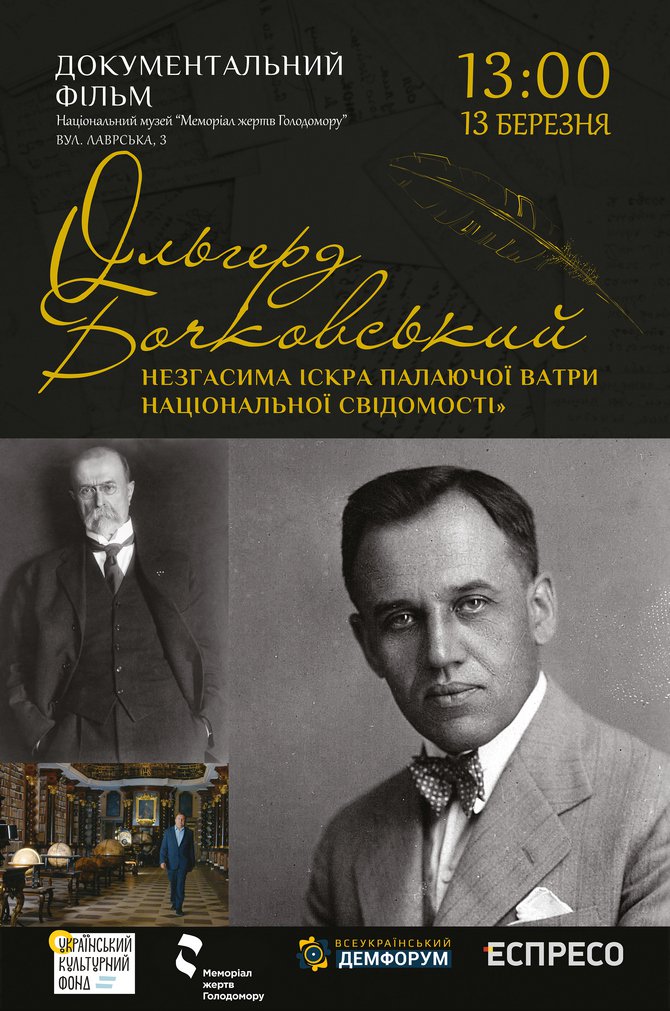 13 of March at 13:00 in the National Museum "Memorial to the Holodomor Victims" a documentary film "Olgerd Bochkovsky. The eternal spark of a burning bonfire of national consciousness" will be shown.

The show will be attended by members of the creative group - the scriptwriter and director Grigory Rudenko and actor Artem Vilbik, who played Olgerd Bochkovsky.

We overlook the forgotten names of prominent Ukrainians! Olgerd Ippolit Bochkovsky (1884-1939) - Ukrainian sociologist, nationalist, political scientist, and diplomat. Despite the unusual name, he was born in Ukraine, although only in exile in Prague he fully realized his Ukrainian identity. As a scientist, he created the theory of the emergence and development of nations, which had been ahead for centuries by the classical studios of nation-building; as an activist - during the Holodomor in 1933 he headed the Committee for the Assistance to the Starving in Ukraine (Prague). He was one of the few "people of truth" in the West who openly wrote about the catastrophic situation of Ukrainians in 1932-33 and called on Europe to intervene.

The tape "Olgerd Bochkovsky. The eternal spark of a burning bonfire of national consciousness" was created by the public organization "All-Ukrainian Forum for Democracy" with the financial support of the Ukrainian Cultural Foundation. The television premiere was held on Espresso TV channel.