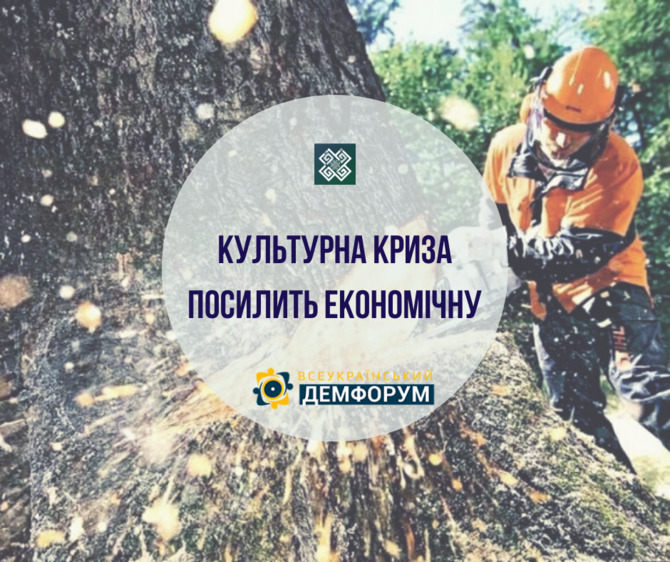 NGO All-Ukrainian Forum for Democracy appeals to the government and parliament not to kill the development of the humanitarian sphere of the country in order to save money.

The life and health of Ukrainians is a priority and every effort must be made to preserve them. This situation requires financial constraints. This entails a reallocation of budgetary funds for public health needs. However, the government's proposed reduction in funding for entire industries is inevitably leading to their actual destruction. The budgetary changes appear to have been prepared without consulting the institutions and without considering the risks in the future. Even prompt action must be weighed so that the side effect of the "medicine" does not cause permanent damage to the country.

The NGO All-Ukrainian Forum for Democracy makes its contribution to the development of culture by implementing artistic projects and organizing meetings of leading intellectuals and politicians. We have been running the Via Carpatia International Forum of Eastern and Central Europe for three years.

We know that without state support, Ukrainian culture is doomed to another difficult period of stagnation, which is especially unfortunate given the tumultuous revival of past years. Many creative and production processes in culture are implemented over a long period of time and creating a critical imbalance in the budget financing project will lead to significant cultural losses.

Every effort should be made to prevent a deep crisis in the humanitarian sphere in Ukraine.

Since 2014, a number of government institutions have been created or strengthened to support and develop culture: Ukrainian Cultural Fundation, Ukrainian Book Institute, State Film Agency of Ukraine, and the Ukrainian Institute of National Memory. For the first time, they received adequate funding and this has had a powerful effect in the industry.

Therefore, changes in funding conditions should be made after consultation with stakeholders and an assessment of the long-term effects of stopping project financing. National culture and memory are the key to sustaining reform and building a democratic society in Ukraine, strengthening the counteraction to Russia's hybrid aggression.

Please keep the opportunity to work properly for:

All of these institutions, objects, works and projects are an important foundation of Ukrainian cultural sustainability, and spending on them does not mean “eating away” but will be an investment in the economy and job creation. The cost to them means preserving the "humanitarian front" in the face of Russia's hybrid aggression. The cost to them means strengthening the consolidation of society in the face of the threat of a pandemic and armed aggression.

Due to the pandemic, the economic crisis is not only present in Ukraine, but also in the whole world. Reducing spending on culture and the humanitarian sphere will complicate society's perception of the crisis and may exacerbate public confrontation, which will also inevitably benefit Russia's aggressor.

Therefore, for reasons of long-term stability, the crisis of culture caused by mechanical reductions in government allocations should be avoided by all means.