Presentation of the project "Pre-production of a feature film "Vincenz" 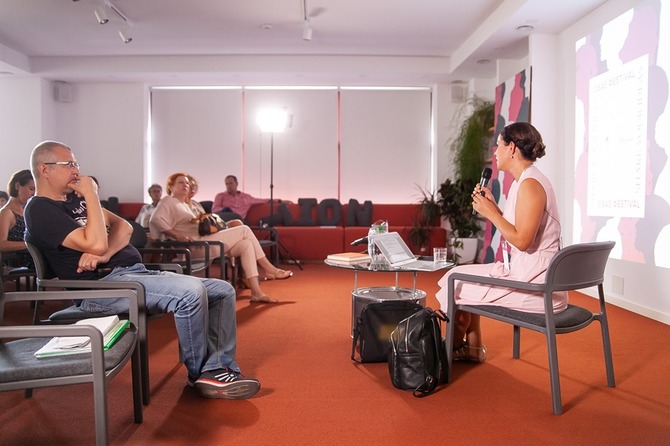 We will remind that in 2018 NGO "All-Ukrainian Forum for Democracy" initiated and organized the creation of the script of the movie "Vincenz", which was authored by Natalia Vorozhbit and Maxim Kurochkin. The project was made possible by the support of the Ukrainian Cultural Fund. #UkFSupport

The presentation of the pre-production took place in the framework of the report on Vincenz projects in Ukraine. Maria Gurska told the seminar about the figure of writer, philosopher and humanist Stanislav Vincenz, emphasized the importance of his popularization for the Polish-Ukrainian dialogue, new opportunities for the development of the Ukrainian Carpathians and European perspectives of Ukraine. The project coordinator said that the result of the pre-production of Vincenz will be, in particular, a professional casting and the creation of a movie teaser that will increase the chances of the project in search of financing and co-production partnership.