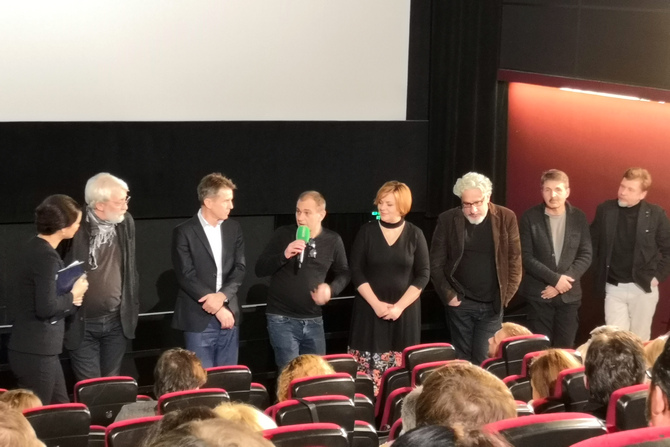 The presentation of the film "Olgerd Bochkovsky. The lasting spark of a burning bonfire of national consciousness" took place in Kyiv.

The documentary film "Olgerd Bochkovsky. The eternal spark of a burning bonfire of national consciousness"- this is the first large-scale project - a story about a prominent sociologist, political scientist and activist of the Ukrainian diaspora in Europe, 20-30 years of the twentieth century. Bochkovsky was the "lawyer" of the Ukrainian question in the world, opposed Soviet propaganda. In 1932-1933 he was the head of the Assistance Committee for the Famine in Ukraine.

"We are opening the name of one of the brightest intellectuals of Ukrainian public opinion of the post-war times. Ukrainians, scattered throughout the world between the first and second world wars, had already fought for Ukraine's independence. And thanks to their efforts, the world learned about the problems of Ukrainians, in particular the Holodomor. It is very important to open these names for our youth, to show such films in schools and universities »,

- noted at the presentation, Mykola Knyazhitsky, author of the idea of the tape, chairman of the parliamentary committee on culture and spirituality.

The creative group of the film plans to remove a series of similar projects to popularize the activities of the iconic figures of Ukrainian intellectuals of the twentieth century, unknown to the general public.

The tape "Olgerd Bochkovsky. The eternal spark of a burning bonfire of national consciousness" was created by the public organization" All-Ukrainian Forum for Democracy" with the financial support of the Ukrainian Cultural Foundation. The television premiere will be held on Espresso TV channel on February 17 at 10:00 with rehearsal at 22:00.