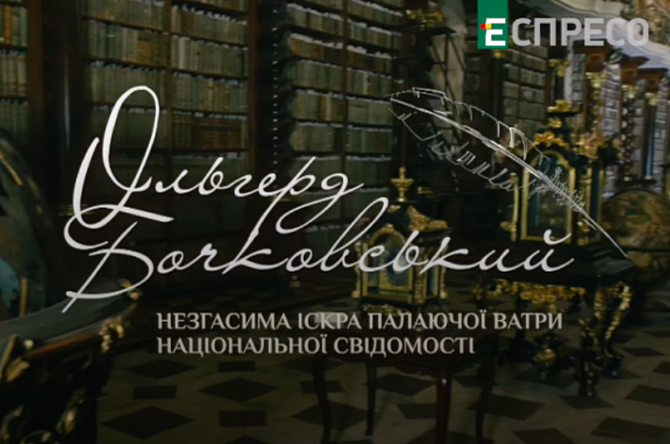 On Sunday, February 17, the Espero TV channel hosted the premiere of the documentary film "Olgerd Bochkovsky. An irretrievable spark of a burning bonfire of national consciousness".

In Europe, he is considered one of the leading European experts in the theory of nation and national relations of the first half of the twentieth century, while in Ukraine his figure and scientific achievements are little known.

The contribution of Olgerd Іppolyte Bochkovsky to the study of the processes of the birth and development of modern nations, the analysis of nation-building processes in Europe, Asia, Africa, both Americas and even in Australia are universally recognized experts. Bochkovsky is a story of one of many representatives of the Ukrainian elites - known in the scientific circles of the world, but "erased" from the memory of his people.

He was the "lawyer" of the Ukrainian issue in the world, opposed Soviet propaganda. During the Holodomor of 1932-1933, he headed the Assistance to the Starving People in Ukraine. Bochkovsky was one of the ideologues of the pan-European movement, which created the ideological basis for the emergence of the European Union. Bochkovsky convinced that the unification of Europe would be inadequate without Ukraine's participation - and one hundred years ago, in essence, foresaw the movement of modern Ukraine to the EU.

"Olgerd Bochkovsky. The lasting spark of a burning bonfire of national consciousness " - the first documentary film about an outstanding Ukrainian. Given the socio-political events in the country now, as well as armed aggression and the hybrid war against Ukraine, it is extremely important for our citizens to acquaint our citizens with such figures as O. Bochkovsky and their contribution to the formation of the Ukrainian state for national self-determination.

The film actualizes the Ukrainian issue and contributes to the consolidation of Ukrainians in the struggle for their own independent state and the right to independently manage it without external influences from other countries.

The tape "Olgerd Bochkovsky. An irretrievable spark of a burning bonfire of national consciousness" was created by the public organization "All-Ukrainian Forum for Democracy " with the financial support of the Ukrainian Cultural Foundation.