Opening of the exhibition "Dialogue about fate and soul. Stanislav Vincenz" 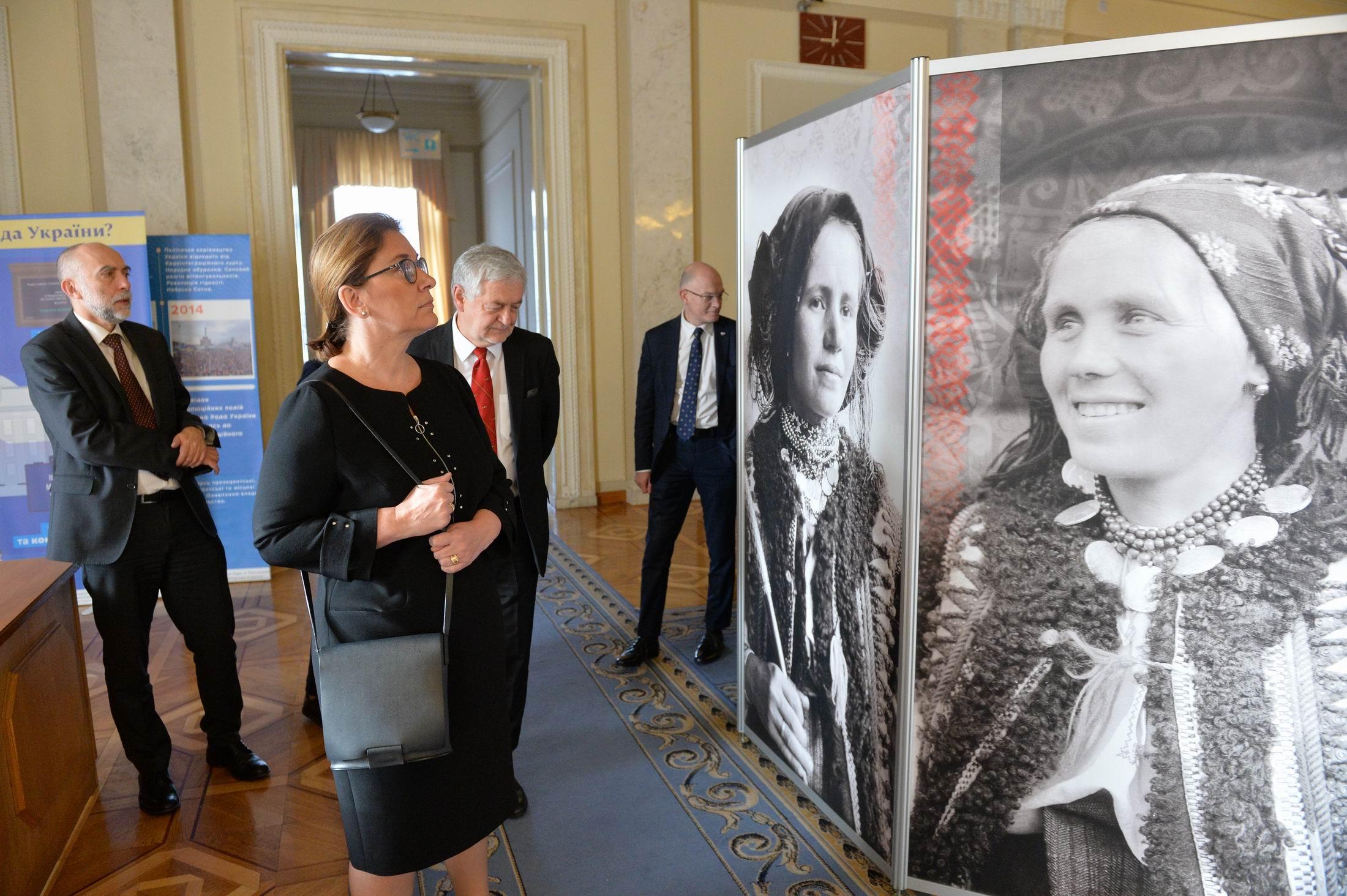 In the Verkhovna Rada opened an exhibition about the Polish philosopher, who wrote the world-famous epic about Hutsulshchyna. On Tuesday, November 6, the chairman of the Committee of Culture and Spirituality, Deputy of Ukraine, Mykola Knyazhitsky opened the Ukrainian version of the exhibition "The Dialogue about fate and soul. Stanislav Vincenz (1888-1971)."

"It is very important for us to open in conjunction with the representatives of the Polish Sejm an exhibition about the Polish philosopher who wrote the epic about the Hutsulshchyna known to the whole world",

The exhibition is devoted to Stanislav Vincenz, a philosopher of Polish origin, the righteous man of the world, the author of the book "On a High Polonyna" - the only Ukrainian epic about Hutsuls.

"This work first collected all the legends, myths and retellings of the history of Hutsulshchyna. No one described Hutsulschyna as Vincenz. And when he fled in 1940 through the mountains from the Soviet occupation - the only thing he took with him - is a manuscript of the life of Hutsuls, which he continued to write in exile. And we are very pleased to open this exhibition today in cooperation with representatives of the Polish Sejm, members of the group on inter-parliamentary relations with the Republic of Poland "

- said the chairman of the Committee on Culture and Spirituality.

In turn, the author of the exhibition "The Dialogue about fate and soul" - a literary scholar, a teacher at the Institute of Polish Philology and the University of Wroclaw, Jan Andrzej Khoroshy, said that it was first presented in Poland in 2014. The exposition is a biographical narrative of Stanislav Vintcenz against the background of the landscapes of Hutsulshchyna. The  exhibition was created on the basis of documents and photographs from the family archives of the Vincenz families and the Italian photographer Lidio Cipriani, the Ossolinsky National Library, the Ethnographic Museum in Krakow, the State Museum of Ethnography in Warsaw, the Polish Museum in Rapperswil (Switzerland) Association "Literary Institute of Culture in Le Mans" (France) and the Polish Library in London.

"Vincenz was in love with Hutsulshchyna and considered the people who live here, people condemned to freedom. Regardless of their nationality, he called all brothers "

After the presentation in the Verkhovna Rada of Ukraine, the exhibition will travel by Ukraine from Kiev to the village of Kryvorivna Verkhovyna district in Ivano-Frankivsk region, the Hutsul capital of Ukraine. It is Hutsulshchyna devoted to the work "On a high mountain valley". It will be exhibited on an ongoing basis.

The exhibition will become the first "brick" to create the Center for Intercultural Dialogue named after Stanislav Vincenz, a cultural institution of the XXI century, which will open the door to the first visitors in Kryvorivna in 2020.

From the Ukrainian side, the event was organized by the NGO "All-Ukrainian Forum for Democracy" with the assistance of the Committee on Culture and Spirituality, from the Polish Institute of Polish Philology and the University of Wroclaw. Exposure should reveal an outstanding Polish writer and philosopher to the Ukrainian audience.