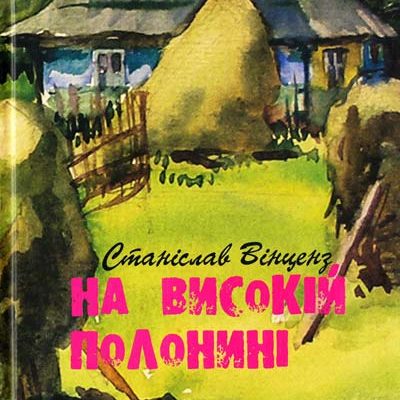 NGO “All-Ukrainian Democratic Forum” has begun work on writing a scenario of a full-length feature film “Vincenz”. The project is supported by the Ukrainian Cultural Foundation.

Work has already begun on the creation of a scenario of the feature film of the Bayonet-shooting movie “Vincenz”. The film will tell about the author of the unique Hutsul epic “On a High Polonyna” by Stanislav Vincenz (1888-1971). The work tells about local culture, history and customs. He is compared with the “Shadows of forgotten ancestors” of Mikhail Kotsyubinsky and the works of Hnat Hotkevich about the Opryshki.

The fate of Stanislav Vincenz is extremely cinematographic – the grandson of the oil tycoon, the Pole of French descent, the student of Sigmund Freud, he lives on the edge of the world in the Hutsul Hut and reads daily Homer. Vincenz writes his own “Iliad and Odysseus”, and then himself, like Odysseus, is forced to flee the Carpathians across the Chornohora mountain range to Hungary, fleeing from Soviet power, accompanied by a molfar. In the last years of his life in Swiss Lausanne, Vincentz rescues the suicide of the Nobel Prize winner, Cheslav Milos, and also takes in his “Hutsul Hut” in La Comte the brilliant European intellectuals of the twentieth century.

For several years, the NGO “Demforum” has paid attention to the legacy of Stanislav Vincenz. Now it is possible to film the history of the Hutsulschyna ambassador in co-production with Poland with the support of the Ukrainian Cultural Foundation.

Above the project is a Ukrainian playwright, author of the script of the movie “Kiborgs” (laureate of “Golden Dagger” 2017) Natalia Vorozhbit and screenwriter Maxim Kurochkin. In the future, the film “Vincenz” will be shot in the scenario, which will become a powerful promotion of the Ukrainian Carpathians as a destination for investment and tourism.

The cost of the project implementation, which is 390 thousand UAH, was allocated by the Ukrainian Cultural Foundation.