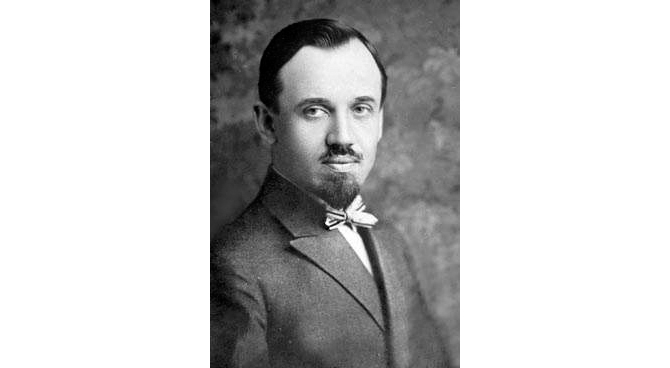 NGO “All-Ukrainian Democratic Forum” received a grant for the creation of a film about Olgerd Bochkovsky. The film about Bochkovsky is a story of one of many representatives of the Ukrainian elites known in the scientific circles of the world, but “erased” from the memory of his people.

Demforum team has already joined the creation of a film for screenwriters, directors, consultants and other professionals who will assist in the implementation of the project. This will be a documentary film biography with elements of a journalistic investigation lasting 52 minutes. He will introduce Ukrainians to the well-known Ukrainian sociologist, political scientist, ethnologist, educator, publicist, and public figure Olgerd Bochkovsky in Europe and in the world. Implementation of the project became possible thanks to the support of the Ukrainian Cultural Foundation.

The main idea of the film is to show the glories of Olgord Hippolyte Bochkovsky in the study of the processes of the birth and development of modern nations, the analysis of nation-building processes in Europe, Asia, Africa, both Americas, and even Australia, are universally recognized experts. He was the “lawyer” of the Ukrainian issue in the world, opposed Soviet propaganda. During the Holodomor of 1932-33 he was the Chairman of the Committee for the Assistance to the Starving in Ukraine. In Europe, he is considered one of the leading European experts in the theory of nation and national relations of the first half of the twentieth century. In Ukraine, his figure and scientific achievements are unknown. Now, in the process of establishing a national identity and European affiliation, these issues are extremely important for Ukraine.

The basis for the creation of the tape was the publication of the “Selected Works and Documents by Olgerd Hippolyte Bochkovsky” (Duc and Letter Publishing) in 2018. In addition to the work of biographers, journalists will meet with respected experts, visit archives, go to places where they were born and acted The hero of the film is to record testimonies. Shooting will take place in. Dolinskoe (Kherson oblast), Kiev, Dnipro, as well as abroad in the Czech Republic (Prague and Poděbrady).

Demforum has invited scientific consultants to collaborate. The journalist, historian, member of the Strategic Group of Advisers under the Cabinet of Ministers of Ukraine Myroslav Chek, Professor Yaroslav Hrytsak, professor of Warsaw University and compiler of the multi-volume edition of “Selected Works and Documents” Olga Hnatiuk, and other members of the editorial board of a series of works ” Europe: 1921-1939 “: Roman Vysotsky, Mark von Gagen, Igor Galagid, Andrea Graziosi, Alexander Zaitsev, Sergei Plokhia, Victor Rybchuk, Frank Sysyn and Yuri Shapoval.

During filming, many archival documents, scientific works, chronicles as well as filming of the main events in the life of the hero and unique testimonies of contemporaries will be involved. The film will have both historical and cultural value.

The final of the project will be the screening of the movie on the Espresso TV channel.

The budget for the project amounted to UAH 1.2 million. More than 80% of the funds for its implementation was provided by the Ukrainian Cultural Foundation.