At the "Days of Ukrainian Cinema" in Verkhovyna, the director and actors brought "Legend of the Carpathians" 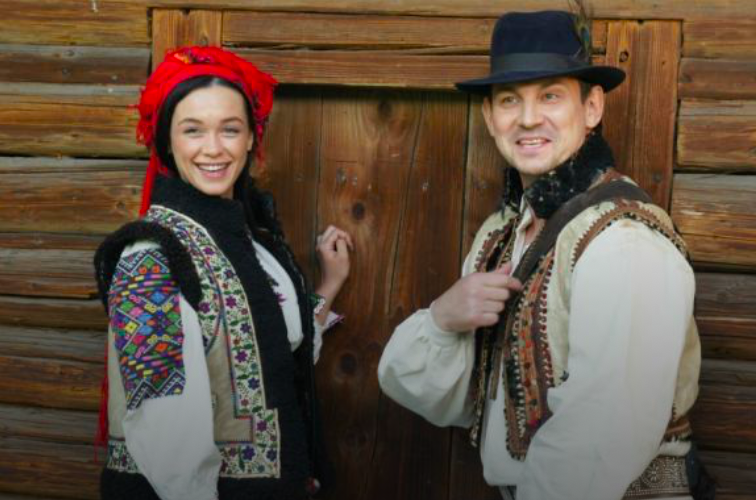 The film "The Legend of the Carpathians" was featured in 150 cinemas in Ukraine, the United States, Canada and the United Kingdom.

"This film was filmed in the Carpathians. We received extraordinary support and sincere help here. Therefore, we can say that the tape is filmed due to those people who live here and keep these unique traditions,"

- said the director of the film Sergey Skobun.

He also noted that the film "The Legend of the Carpathians" was featured in 150 cinemas in Ukraine. In addition, he was shown to the Ukrainian diaspora in the USA, Canada, UK, and other countries.

The initiator of the Days of Ukrainian Cinema in Verkhovyna, the chairman of the Committee on Culture and Spirituality of the Verkhovna Rada of Ukraine, Mykola Knyazhitsky, has been grateful for the significant contribution to the development of culture and art of the director of this tape Sergey Skobun, actors and other members of the crew.

Recall the movie "Legend of the Carpathians" tells the story of the legendary leader of the liberation movement of the Carpathian rebels in the XVIII century. Oleksa Dovbush, who had to endure a difficult childhood, and an uncertain boy to grow up like a true warrior, whose image today is a manifestation of courage and justice. Filming took place in high-altitude areas of Ivano-Frankivsk region. In the main roles played Ukrainian singer Maria Yaremchuk, rock musician Valery Harchishin, Mikhail Hrytsak, and Bogdan Swallow.